Young Knights of the Round Table: The King’s Ransom Blog Tour 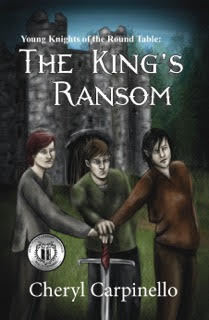 Three friends. Three quests. Three mysterious predictions.In medieval Wales, eleven-year-old Prince Gavin, thirteen-year-old orphan Philip, and fifteen-year-old blacksmith's apprentice Bryan are brought together in friendship by one they call the Wild Man. When an advisor to the king is killed and a jewelled medallion is stolen from the king's treasury, the Wild Man is accused of the theft and murder. Filled with disbelief at the arrest of the Wild Man, the three friends embark upon a knight's quest to save their friend's life. To succeed, the three must confront their fears and insecurities, and one of them will have to disclose the biggest secret of all. Join Gavin, Philip, and Bryan on their quest and share the adventures that await them in the land of King Arthur and his Knights of the Round Table.


Formats: All eBooks formats and paperback


Excerpts from Young Knights of the Round Table: The King’s Ransom by Cheryl Carpinello

Though he tried to keep track of the turns Gavin made, Philip became lost as they went


down a set of stairs to the right and then took another staircase up and turned left. They seemed to be walking in circles.
Gavin stopped in front of a tapestry whose bright colors had long ago faded. Still visible,
however, was the scene depicting a royal stag. Philip recognized the stag, its proud head held high, its regal stance, and its color...white.
Even he had heard of the white stag. The tales told of kings whose hunts for the animal had destroyed their kingdoms. It was said only the one true king of all Britain would succeed in capturing the white stag. And, if the king released the stag, his kingdom would stand forever, his descendants ruling until none were left. There was talk among the villagers that King Arthur had done just that, and he was the true king of all Britain.
Gavin’s hand on his arm pulled Philip back from his musings. Gavin raised a corner of the tapestry and disappeared behind it. Philip followed, trembling as he touched the cloth of legend. 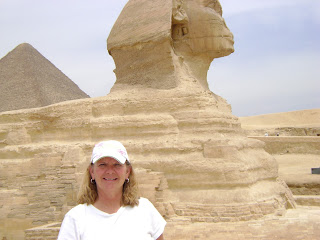 I am a retired high school English teacher. A devourer of books growing up, my profession introduced me to writings and authors from times long past. Through my studies and teaching, I fell in love with the Ancient and Medieval Worlds. Now, I hope to inspire young readers and those young-at-heart to read more through my Quest Books set in these worlds.


Also please visit my other sites: Carpinello’s Writing Pages where I interview Childrens/Tween/MG/YA authors; and The Quest Books where I’ve teamed up with Fiona Ingram from South Africa and Wendy Leighton-Porter of Abu Dhabi to enable readers to find our Ancient and Medieval quest books in one place.

Young Knights of the Round Table Blog Tour